Film Record: Hearts of Age, The 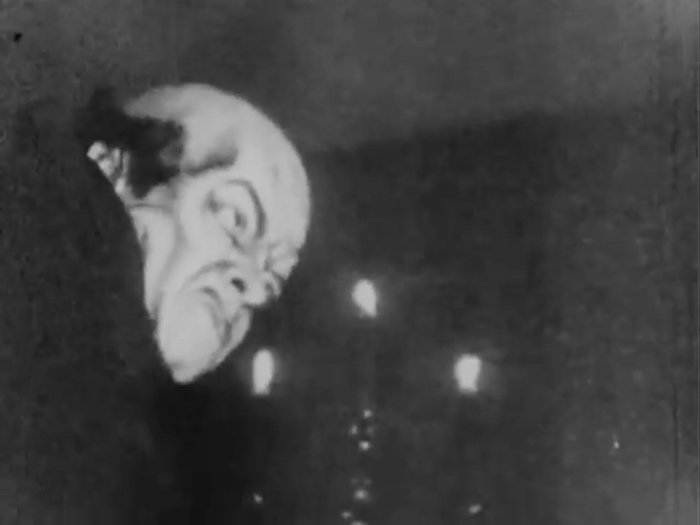 Still image from The Hearts of Age.

Included in Kino's Avant-Garde: Experimental Cinema of the 1920s and '30s

"A colonial scene in the U.S. An old lady sits astride a bell while a man in blackface, wig, and livery pulls the bell rope. From an upper door emerges an old man, dressed as a dandy, who tips his hat to the woman as he walks down stairs grinning. Others leave the same door and walk down the same stairs: a shabby man, a cop, and, several times, the same dandy. The man in blackface hangs himself; the dandy continues to smile. A bell tolls, a grave beckons. In the dark, the dandy plays the piano. Is he Death?" IMDb.

Orson Welles' filmmaking debut, which was co-directed by William Vance. An amateur production, Welles later described the film as a parody of surrealist cinema and the films of Jean Cocteau and Luis Buñuel.

Record of the film at IMDb, and Letterboxd.

The film was included in Kino's Avant-Garde: Experimental Cinema of the 1920s and '30s DVD set.