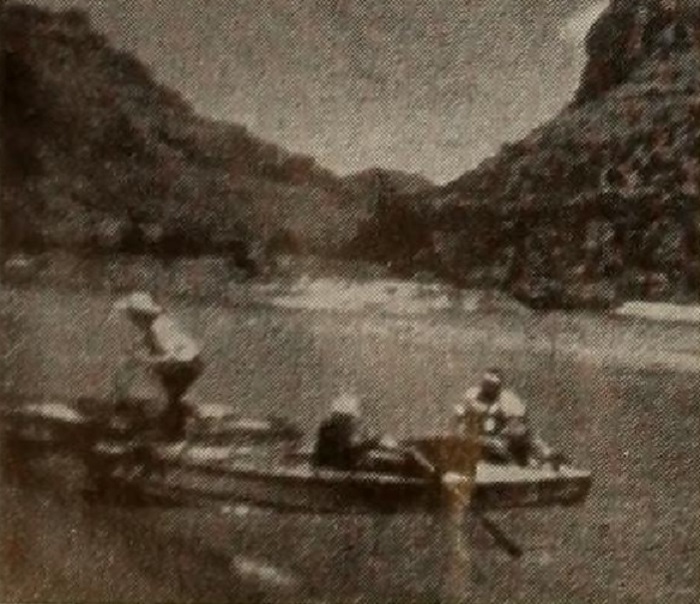 "Louise M. Fetzner is a housewife who plainly likes the thrills of running the rapids down dangerous rivers while she makes movies that really move! In Green River, Mrs. Fetzner has a well paced, well photographed and altogether literate account of the adventures which she and her companions had on the Colorado's main tributary. The film is interesting and exciting, and tells its story concisely and without padding. The accompanying narrative is written and delivered effectively, although occasionally the level of the background music rises to overwhelm the narrator's voice." Movie Makers, Dec. 1953, 344.