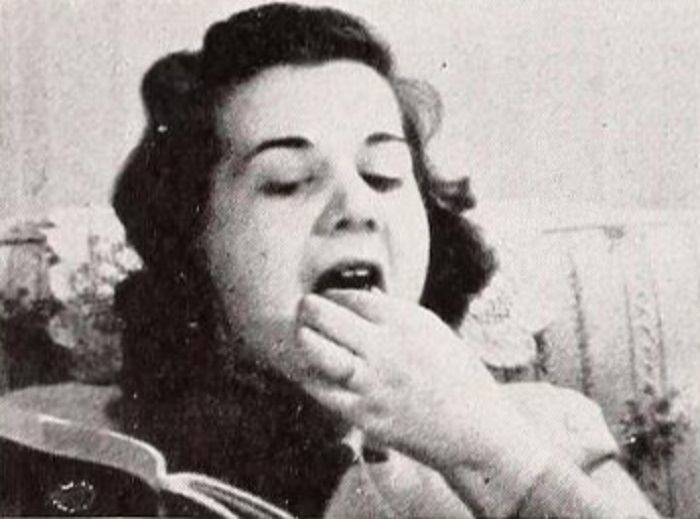 "In Glamour vs. Calories, C. J. Carbonaro has again turned to light comedy with a story of a wife who suspects her husband's infidelity because of her mounting avoirdupois. Excellent directorial touches are found in the scenes that would tend to corroborate her misgivings, especially in those of the gossip mongers. Many fine closeups that "plant" the suspicions contribute to the gaiety of the film, such as when the wife stoops to pick up some papers her husband has unsuspectingly dropped, only to have the seam of her dress rip from the strain. The film has interesting camera viewpoints and intelligent use of dissolves and double exposure to point up the plot. A word must be said for Mrs. Carbonaro's fine work as assistant cameraman, made necessary by the fact that her husband played one of the major roles in addition to being producer of the film, and for the high key titles with their amusing sketches. And we might add a salute to the good sportsmanship of the girl who played Mrs. Tubby, who finds a happy ending." Movie Makers, Dec. 1944, 494.