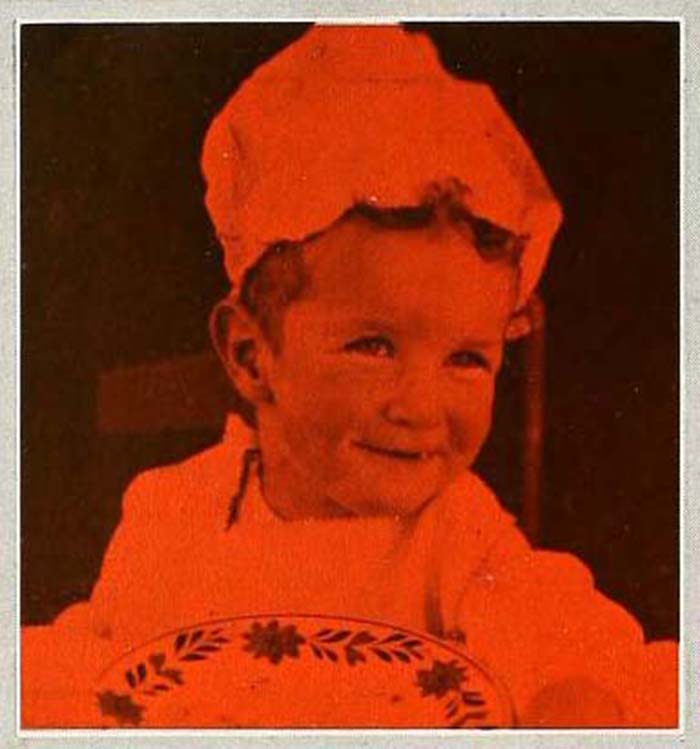 "The Spruyt's film of their children was made with a particular purpose in mind. In Holland the venerable Dutch grandparents of the children were to celebrate their fortieth wedding anniversary and particularly wanted their three sunny haired grandchildren with them for the occasion. Since such a journey could not be made at that time, the film was planned. After an easy introduction into the life of the children, we see them in secret conclave planning a special "surprise" for their grandparents across the sea. As the plot thickens, a secret paper is involved and, after a glorious birthday party of the youngest, there comes the denouement. The children have prepared a scroll, bearing the family's greetings to the distant relatives. With the scroll was sent the film giving the story of its preparation. This ingenious continuity was carried out with excellently chosen and varied camera angles and consistently good photography. Most notable are the many child portrait shots." Movie Makers, Dec. 1930, 759.