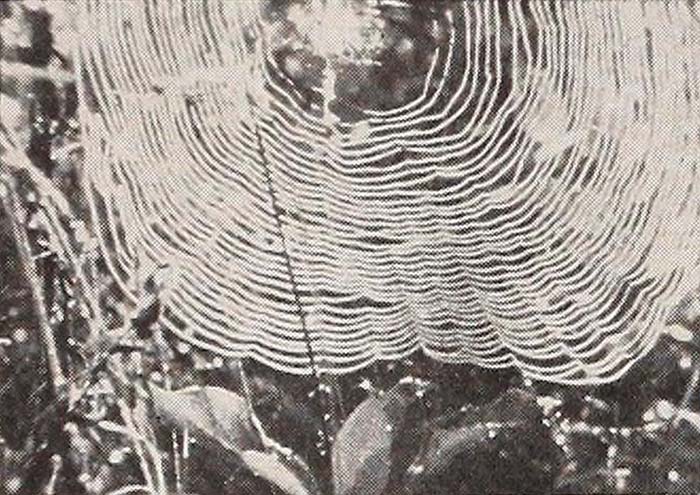 "Combining the sensitivity of an artist and a camera skill that theoretically only professional experts could acquire, Robert P. Kehoe has produced, in Chromatic Rhapsody, a film that would command the amazed admiration of any movie club in the country. This beautiful picture can only be described as a scenic — a scenic held together rather tenuously by editing to create a symphonic arrangement of color and to associate scenes with the seasons. It is in the sheer beauty of color cinematography that Chromatic Rhapsody excels. This reviewer has never seen, in any medium, more gorgeous color photographs of autumnal foliage and winter landscapes. One is so impressed with the flawless color that he is inclined to suspect that nature puts on a special show for Mr. Kehoe. The truth is probably that Mr. Kehoe has a special understanding of nature and an intuitional sensitivity to light and color. For the rest, as Mr. Kehoe would say, he simply follows exposure instructions. The film is marred somewhat by lack of complete camera steadiness, the only flaw in an otherwise superb cinematic accomplishment. A charming musical score, arranged by double turntable, accompanies the movie's presentation." Movie Makers, Dec. 1939, 634.