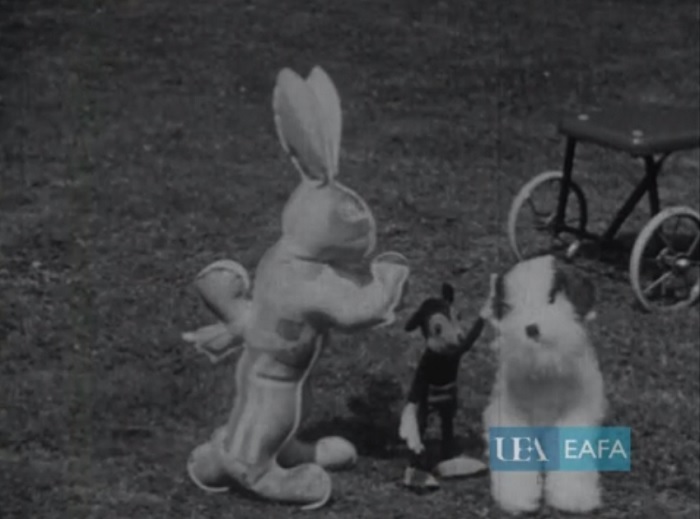 Still image from Her Second Birthday via EAFA.

"A record of the second birthday of June Thubron. The spontaneous actions of a little girl on finding her birthday presents. A record of her actions without any adult direction. The little girl plays with her birthday presents on the lawn and also waters flowers in the garden before falling asleep. In a stop-frame animated sequence subtitled 'Dreamland' towards the end of the film, her new toys come alive." East Anglian Film Archive.

According to East Anglian Film Archive, this film was produced by the Thubrons, whose granddaughter, June Thubron, starred in the film. June would later go on to have a successful career as an actress under the name June Thorburn.