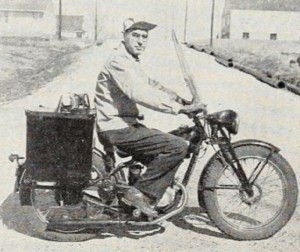 Tussle on the Trestle, The ()

"Robert (Bob) Davis was born in 1922 in Kansas City, Missouri. Right out of high school he began working at the Calvin Company, a Kansas City based educational and industrial film production company that for nearly half a century was the largest and most successful film producer of its type in the United States. While at Calvin, Robert began shooting his own travel films and creating lectures to accompany them. While on the lecture circuit he met his wife Terry (Landbeck) Davis. The two married six months later in 1955. Together, the two began producing more travel films, lecturing and managing group travel tours abroad. They had no children. Bob died in 2011, while Terry died in 2012." Chicago Film Archives.