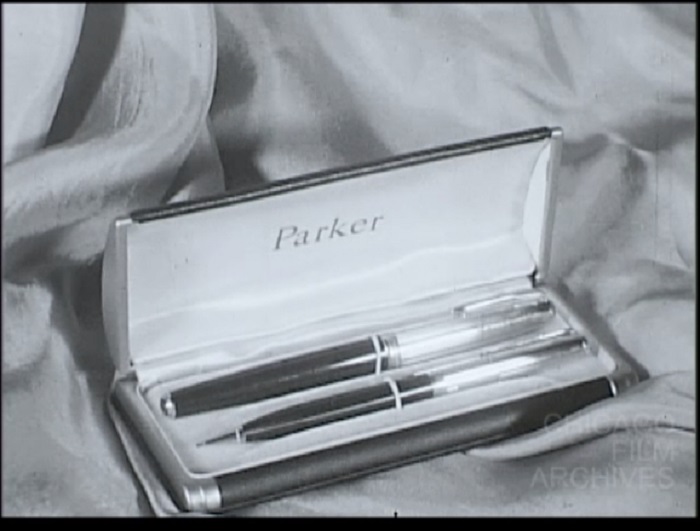 "Short documentary about fountain pen repairs and the process of repairs within a fountain pen hospital. The film begins with a client handing over his pen to the receptionist. From there the pen goes to Robert "Doc" Davis, who performs a nine point check-up on the pen. This is followed by exploded views of various pen models, including the Schaeffer Triumph, Parker 51 and the Eversharp Skyline. Last, the film shows how gold lettering is used on both pends and leather goods. Outtake scenes of the pen hospital and its employees follows the film." Chicago Film Archives.