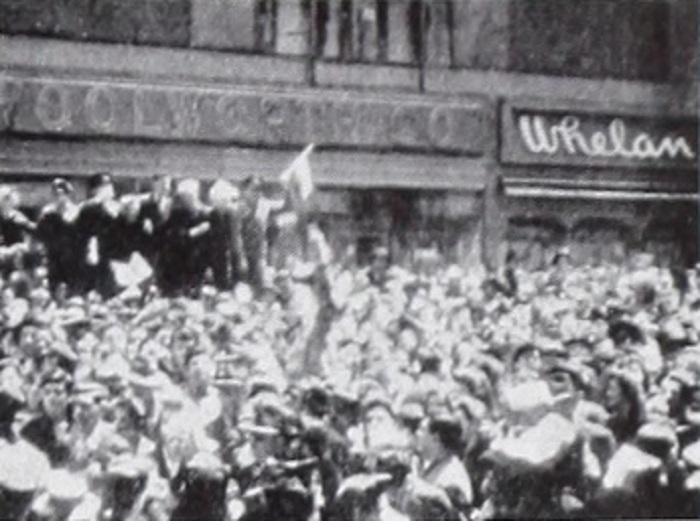 "How shall we film the almost unfilmable — when the world's greatest city goes mad with victory? How, even more, can we film it, when we lack the trucks and vantage points of the newsreel men? F. Clark Tufaro, in Victory Celebration, gives an outstanding and successful answer with his record of New York City's community frenzy, when Japan gave up. He goes from the heart of Times Square to Little Italy, Chinatown and other quarters, everywhere finding something interesting and something that he could actually film, in spite of pushing crowds. He adds fine footage of the welcome to General "Ike" and to General Wainwright and something of the celebration when Germany capitulated. With surprisingly good cinematography, in view of the difficulties. Mr. Tufaro's film is a miracle of persistence, patience and intelligence — and a thoroughly interesting movie." Movie Makers, Dec. 1945, 497.