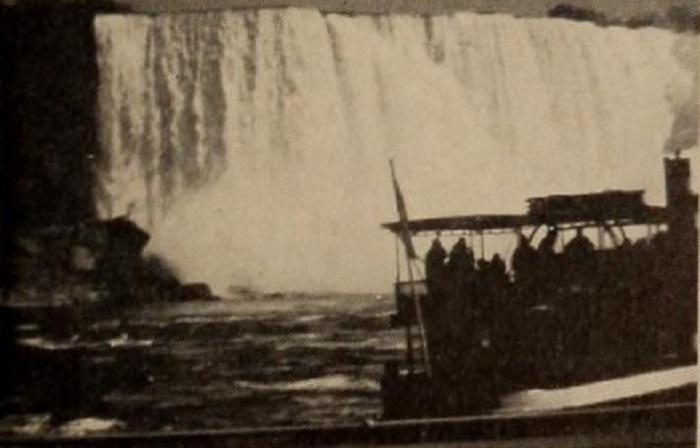 "In Tumbling Waters Leo J. Heffernan has turned his experienced and competent camera on that perennial favorite of travel filmers, Niagara Falls. The result is a sparkling piece of lighthearted showmanship, climaxed by a truly gripping and probably unique sequence filmed amid the swirling mists of the Cave of the Winds. The overall effect of Tumbling Waters, however, was marred for these reviewers by recurring levities of treatment deemed out of key with the essential majesty of the subject." Movie Makers, Dec. 1949, 471-472.