Film Record: Think of Me First as a Person 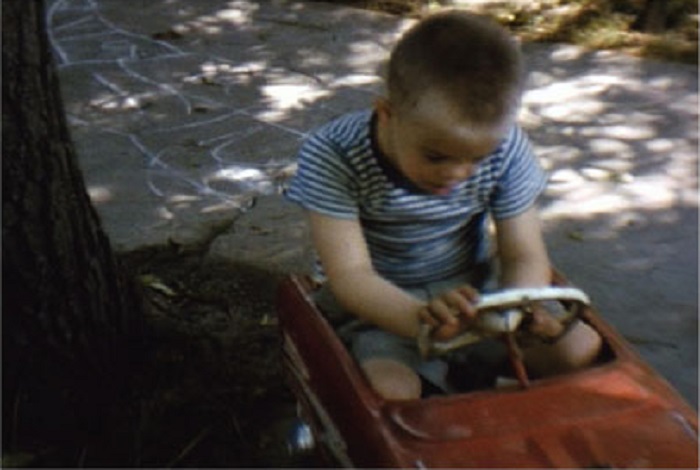 Still from Think of Me First as a Person via Thinkofmefirstasaperson.com

"“Think of Me First as a Person” is a short documentary about a boy with Down Syndrome. The footage was shot on 16mm in the 1960s by the boy’s father, Dwight Core, Sr. The filmmaker’s grandson, George Ingmire, completed the film forty years later. This film explores perceptions about Down Syndrome from multiple viewpoints: the boy, his sister and the father. The sincere tone and heartwarming narration by the father lends a remarkable poignancy to this film. The story that unfolds within this documentary is sure to shed light on both the struggles and blessings of raising a child with special needs." thinkofmefirstasaperson.com

The film's website provides links to sources of information about the film and the life of Dwight Core, jr.

The Library of Congress notes that "“Think of Me First as a Person” is an astonishing discovery from the Center for Home Movies and its annual Home Movie Day, where once a year people in cities across the nation bring their home movies to screen. This loving portrait by a father of his son with Down syndrome represents the creativity and craftsmanship of the American amateur filmmaker."