Film Record: Inside Story of the Outside Cover, The 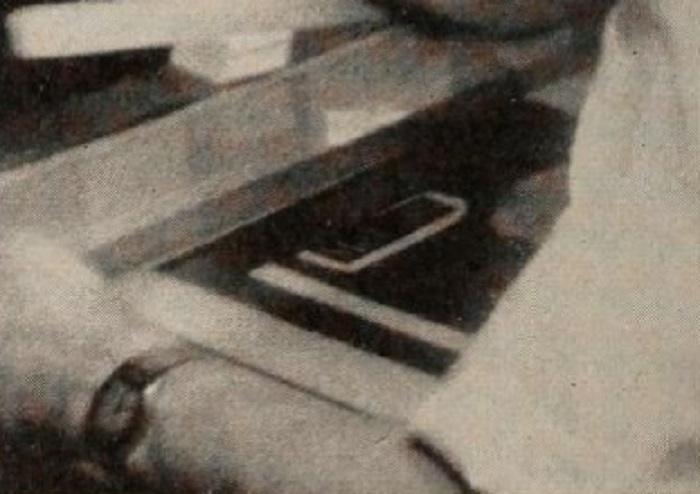 Still image from The Inside Story of the Outside Cover in Movie Makers, Dec. 1947, 514.

"No matter how one feels about the outside cover of a magazine, George E. Valentine's The Inside Story of the Outside Cover will be a surprise. If you think that the production of four color engraving plates is a simple matter, you will do some quick revising of your thinking. If you have a certain admiration for the technical skill that goes into such work, that admiration is likely to be heightened by Mr. Valentine's step by step story of the creation of a four color magazine cover. Aside from the story it tells, Mr. Valentine's film is a real technical achievement because of the working conditions under which most of the shots were of necessity filmed. His peak sequence — a proof-press run analyzed in slow motion — was achieved by mounting the camera directly on the moving press. When you can do that, you're good." Movie Makers, Dec. 1947, 539.