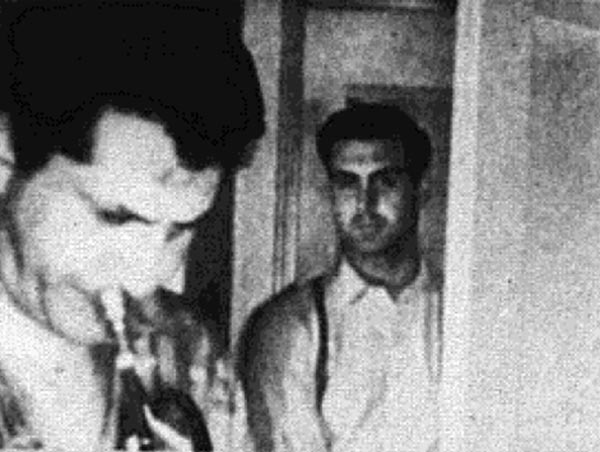 "The Horn, which hepeats should not confuse with Dorothy Baker's epic Young Man With a Horn, is nevertheless a yarn about a jazz trumpeter—and, like Miss Baker's Rick Martin, one whose life ends in death after he loses his stuff. It is a swift, savage, tender and tragic tale which Dominic Mumolo (himself a professional musician) tells here. And to its telling he has brought with amazing proficiency every resource—imagery, acting, music, speech and pace—of high motion picture drama. Herb Willis plays the part of the manic and despairing trumpeter as if to the manner born. His miming makes this difficult and decisive role wholly believable, while his voice (used not as narration, but in a musing, stream-of-consciousness flashback) is by turns tender, pathetic, searing and passionate. Musical phrases, prepared especially for the picture by Frank Worth, add immeasurably to the film's power. The Horn is a stirring and trenchant study in human emotions. If you dislike having your heartbeat aroused, you'd better avoid it. But if not...then The Horn is a movie made for you" PSA Journal, Jan. 1955, 49.