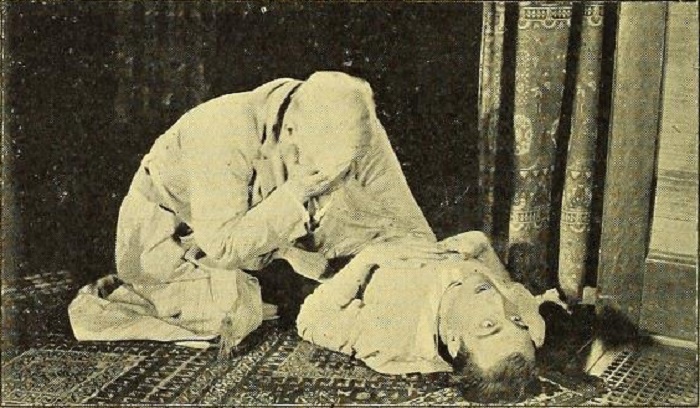 "The production of the Flower City Amateur Movie Club of Rochester, N. Y., Terror, 400 ft., 16mm., was written and directed by Frank J. Buehlman. It was recently screened as a special, added feature on a week's run at the Little Theater in Rochester. Terror is a psychological study of the effect of fear. Its story is based on a practical joke engineered by friends of the victim who, to the end of the film, remain ignorant of the disastrous results. As the story develops, we see the commonplace incidents of every day life through the eyes of the fear obsessed principal character. The handling of the theme required great care but the producers succeeded in making the highly fantastic reactions of the character seem plausible. With its exquisite lighting effects and the dramatic power achieved in the climactic sequences through cinematography, this film is certainly outstanding." Movie Makers, Dec. 1930, 759.