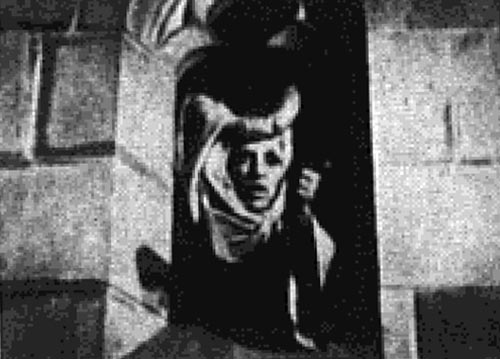 "Sweetheart Roland comes to us from Grimm's Fairy Tales and depicts a grandmother reading the story to a young child of perhaps three years while the latter imagines just what the tale would have been like in real life. This gives the producer sufficient latitude to act out the story with his characters much as the youngster might imagine it. Synched dialog of the actors with the narrator's voice is a clever innovation seldom seen on the amateur screen" PSA Journal, Sept. 1966, 34.

According to Raymond's obituary, the film "won a number of awards here [in the U.S.] and abroad" and was shot in the crypt of the Washington Cathedral with actors recruited locally. Raymond also was the director, camera man and editor of the movie.