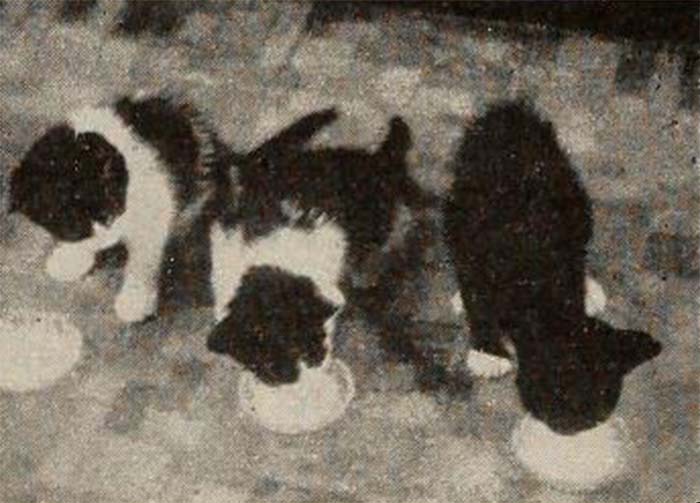 "Last year's Honorable Mention Squeaky has grown up into a Ten Best and has had kittens to boot. In Squeaky's Kittens, Walter Bergmann presents the mother cat rearing her four lively offspring with the help of the Bergmann household. With what must have taken a great deal of patience and dexterity, the kittens are shown being fed and playing and sparring in typical fashion. Their inevitable disposal among the neighbors constitutes a delightful sequence in which the children and grownups of a suburban community are depicted in wholly natural and pleasing manner. Mr. Bergmann's manipulation of lighting, both interior and exterior, is warm and skillful, and he has supplemented the story with titles in light vein that are inserted with restraint." Movie Makers, Dec. 1946, 486.

The film won the first prize of $150 at the annual motion picture contest of the Humane Society in 1947 (Popular Photography, Oct. 1947, 131).
For a detailed description of the production and film, see an article written by the filmmaker in the April 1947 issue of Movie Makers entitled "Filming Kitten Capers".