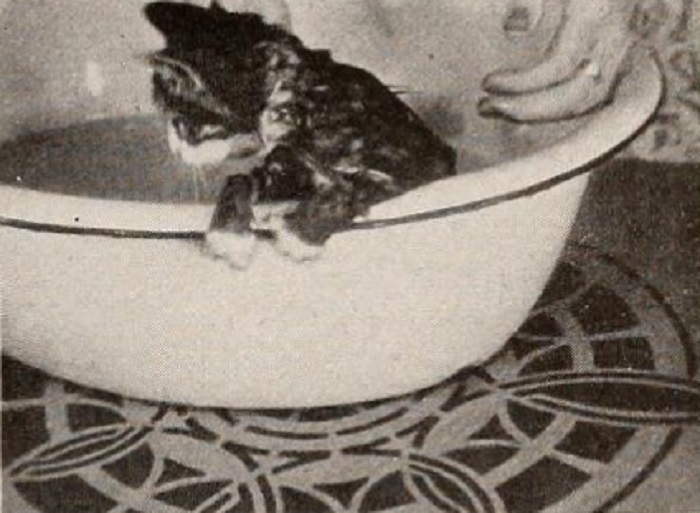 "Every movie maker who owns a kitten probably has tried to film it; and, if so, he knows what a difficult task it is. Walter Bergmann has recorded, on film, incidents in the life of a stray kitten that is adopted by a soft hearted family. Reaction shots of a wise and dignified old cat express the disdain with which it views the foolish antics of the kitten, especially when the latter satisfies its curiosity about high places. Human beings in the film are introduced logically and unobtrusively, but Squeaky is essentially concerned with the star actor. Mr. Bergmann may be pardoned for occasional uneven exposure, for he has produced a film that will delight everybody, and especially those who love cats." Movie Makers, Dec. 1945, 496.

Discussed by Bergmann in "A Cine Kitten" (Movie Makers, April 1946, 143, 160-161). The article shares the story of Squeaky, the kitten, and describes the film's production. Film stills are shown.