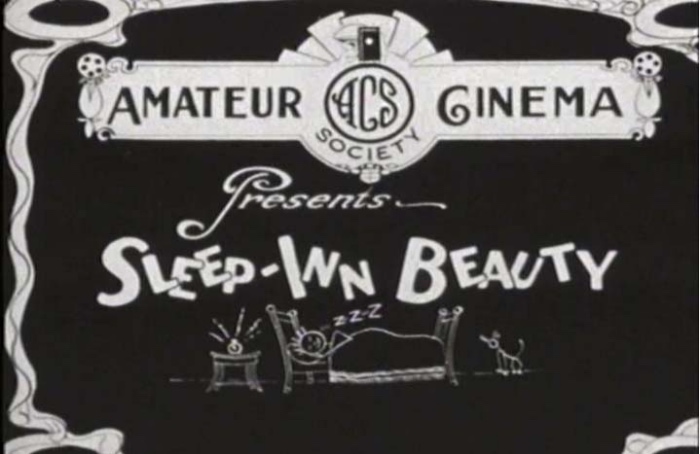 "SleepInn Beauty is a comedy situated around a bathing beauty contest based on a story adapted by Dorothea Mitchell. Filmed over two days North of Port Arthur near Mitchell's camp at Surprise Lake, Wally McComber (the "Goof" of A Race for Ties) played the leading man and Maye Flatt, the leading lady. Fred Cooper shared the photography duties with Lloyd Small and took a minor acting role. In addition, over sixty extras were bussed in from Port Arthur to take part. The film was never exhibited publicly although, considering Mitchell's efforts with A Race for Ties, it was most certainly shown privately." Ladylumberjack.ca

Learn more about the film at Ladylumberjack.ca, a website devoted to Dorothea Mitchell and the Port Arthur Amateur Cinema Society.

The film is available in the DVD collection The Port Arthur Cinema Society Collection (Sheba Films, Canada, 2005). The original 16mm film is held by Library and Archives Canada.