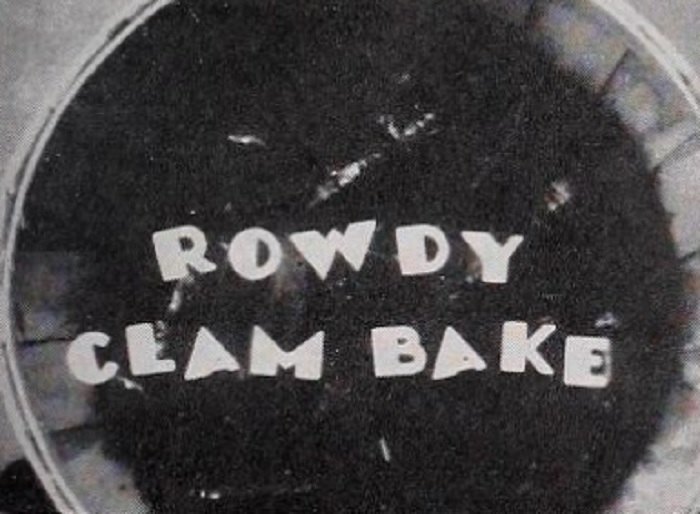 "Wilbur W. Krimpen's Rowdy Clam Bake is a sure source of delight for all lovers of food, drink or shuffleboard. It is a charmingly informal treatment of a clam bake through the successive stages of food preparation, cocktail time, shuffleboard (to whet appetites) and, ultimately, food consumption. In addition to its entertainment value, Rowdy Clam Bake rates high for its informative aspect, as it provides a step by step study of what constitutes a successful clam bake. The ingredients involved will not be listed here, lest the reader's credulity be strained. However, the film's parting shot, a closeup of an Alka-Seltzer container, is indicative of the epic dimensions of the feast." Movie Makers, Dec. 1948, 491-492.

Discussed by Krimpen in "Backyard Film Feast" (Movie Makers, July 1945, 257, 270-271). The article describes the background and production of the film. It also notes the possibilities of backyard filming during wartime travel restrictions. Film stills are shown.