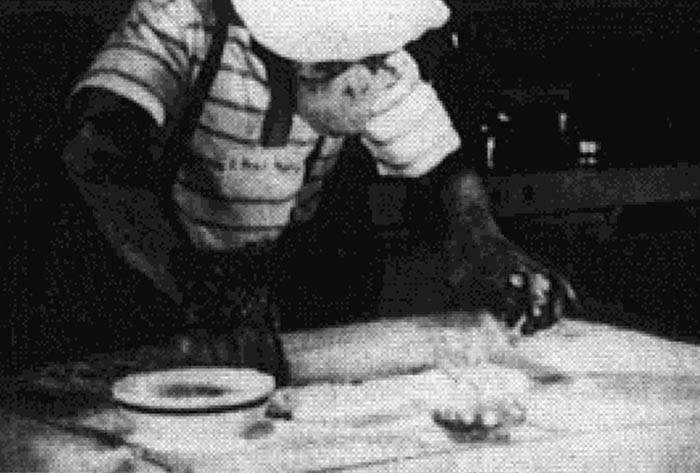 "J. Fred Muggs, a chimpanzee, undertakes to make and bake a pizza pie, and then eats it. Mr. Muggs at work may remind some of us of one or more events in the hazy past. He goes at the pie making with considerable proficiency although he is a bit of a comic. Like many cooks, he samples the ingredients as he works. Laughs enough for all" PSA Journal, Oct. 1961, 49