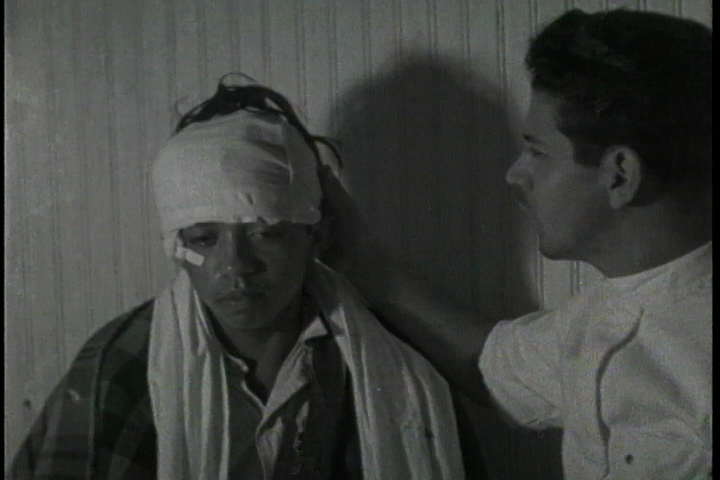 Shown in the United States with the support of the American Medical Association; Bronze medal at the Asnières Festival, France, in 1959

The film chronicles the struggles of young medical interns who had to perform compulsory rural service as part of their medical training.

A medical intern, David Grajeda, single handedly improvised the recording with a 16 mm camera like any first-time filmmaker, in the mountainous regions of Veracruz, a state in Southeastern Mexico. The filmmaker later coupled it with music, a voice over, and credit titles in the capital city. It is also a participatory documentary, in that villagers from the town of Plan de Arroyos, Veracruz were taught by the filmmaker to shoot some of the scenes on their own. The film was seen for the first time in (Mexico’s) National Assembly of Medical Surgeons in 1952 and subsequently screened for many years as a ritual in the medical school for interns, on the eve of beginning their social service in the various corners of the country. These screenings also highlight the use of small gauge filmmaking towards educational ends in post World War II Mexico, when there was a tremendous push from US and Europe based companies to sell equipment whose use outside cinema halls had been reinvented during the war. The film was restored and last screened in 2002 at the department of Medicine at La Unam, the national university, where the function was attended by various luminaries from the government and other healthcare officials. As the prolific late actor Joaquín Cordero told El Universal: “Es un documental hecho con sentimiento y corazón. Hay compromiso y, lo más importante, se vale de escenas reales que siguen vigentes.” (It is a documentary made with love and affection, whose realistic scenes remain relevant today). Even as El nuevo médico was made with medical students in mind, it demonstrates the agenda of the post revolutionary Mexican state to use film as an instrument to spread its nationalist message. - Notes by Gaurav Pai