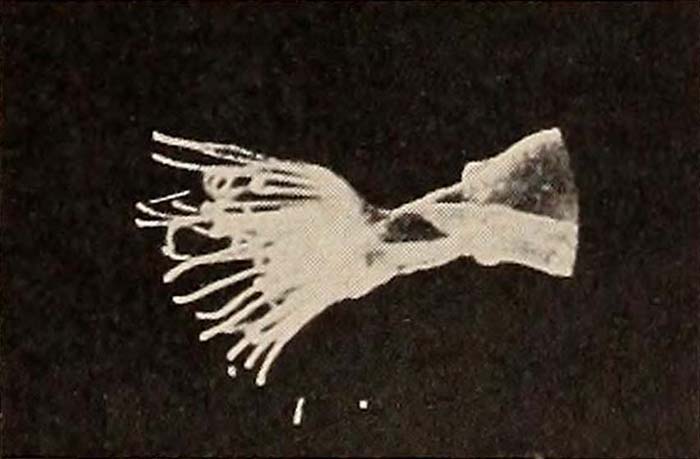 "The eagerness of a movie maker to use a new cine camera is the clever introduction and leitmotivof Movie Bugs, an exceedingly well photographed picture by Dr. Frederick W. Brock. The picture tells how the movie maker protagonist gets in touch with a science teacher and how the two of them construct a support for the camera for use with it in filming through a microscope. The succeeding shots of hydrae and paramecia and other microscopic organisms are beautifully filmed, and the picture infers the obvious conclusion that any university zoology department should be equipped to make such studies. Clean cut interior lighting and a well knit story distinguish this fine filming job." Movie Makers, Dec. 1938, 620.

"Moving Pictures of Microscopic Animals Made by an Ex-Nebraskan," Lincoln Sunday Journal and Star, July 31, 1938, 3 (via Wagner University).