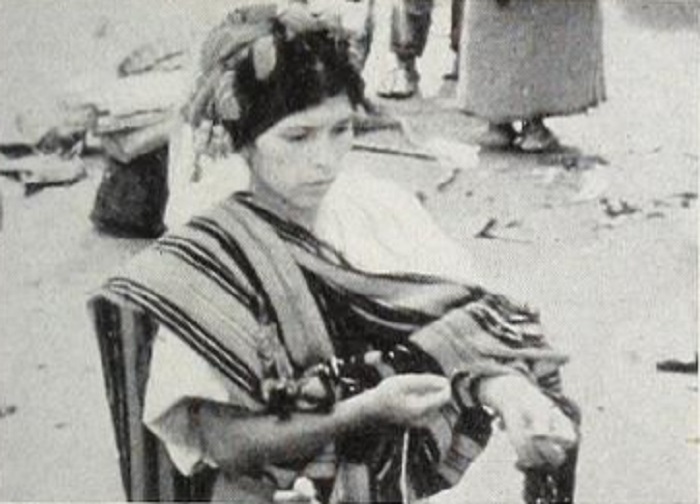 "Living Mayas of Guatemala is a detailed study of human ways which explains enough, as it goes along, to give those who see it a feeling of intimacy with the strange customs that are recorded. There have been special film studies of the descendents of the great Central Americans of the past, and these have singled out some particular phase of Mayan life. Giles G. Healey has set himself a larger task, in interpreting the unity of the modern Mayas by following them through each day of a week. We see them at home, at work, at play and engaged with singular devotion in religious observances. These major sequences of the various days are full, and, for the most part, adequately filmed. Action is not posed, and the audience shares with the cameraman the feeling of observing something so vital as to make the filmer's presence entirely incidental. The final portion of Mr. Healey's movie offers a fine record of the special religious ceremony at Chichicastenango. A deficiency of illumination, although a cinematographic detraction, does not destroy the illusion of participation in the communal devotions. Here is an important contribution to the study of folkways, done attentively, intelligently and interestingly." Movie Makers, Dec. 1942, 508.

See also: The Maya Through the Ages (1949), photographed by Giles Healey.