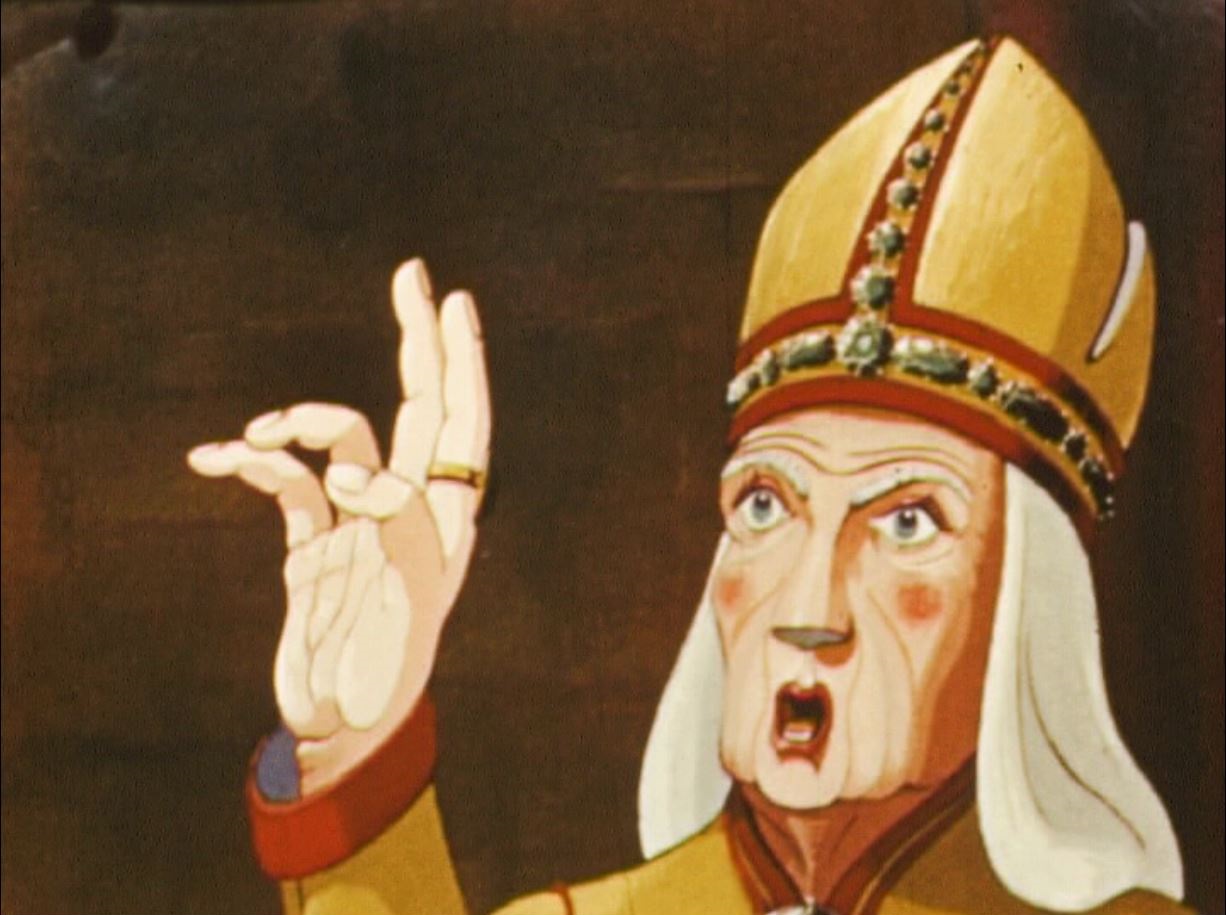 "Émile Gallet, ACL, a man of rare talents and infinite patience, treated us to a showing the other day of his 16mm. color cartoon, The Legend of St. Nicholas, which, with a six year interruption by the war, has been in the making since 1938. Based on an old French folk song of the 12th century, the cartoon relates the fairy tale adventures of three little children, a wicked butcher and kindly St. Nicholas." Movie Makers, Sept. 1949, 327.

"An incalculable amount of research went into documenting costumes and settings before the 13,000 separate water colors and 4,000 hours of production were even started. Mr. Gallet—again of New York City, after his war service—performed every task of the operation himself, from the translation of the old chanson (which he uncovered in his travels in France) to the research, drawings, production and actual shooting. All that remains to be done now is the addition of the sound track, which will be comprised of authentic 12th Century music for flageolet, voice and piano." Movie Makers, Sept. 1949, 327.