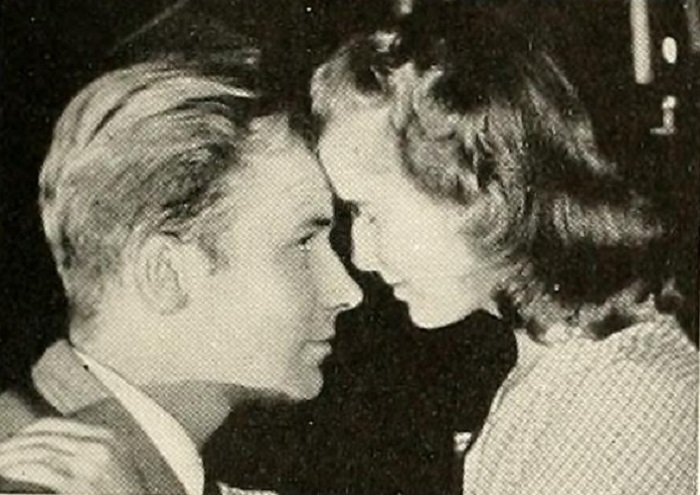 "Lake Mohawk, Preferred, made by Leo J. Heffernan, is a picture of the attractions, residences, entertainments, dog shows, yachting regattas and water sports of Lake Mohawk in New Jersey. But Lake Mohawk, Preferred is also a film with a continuity idea utterly new to amateur movies, for the not unusual subject matter of the picture is held together with a "screwball" theme and "gags" that keep you wondering what is going to happen next and entertained in the meantime. A handsome couple have a movie camera. "Concentrate to make good movies," says their instruction book. This they do in a very pleasant way (see the frame enlargement on page 577), and the results are surprising. Their mental efforts transport them and the camera bodily about the lake, at just the right time and place to film whatever is going on. They have some astonishing experiences, too. Sometimes they can't seem to materialize, and they pick up odd characters in their voyages through ether. But their method works and they get beautiful and lively sequences of life at Lake Mohawk." Movie Maker, Dec. 1940, 603.