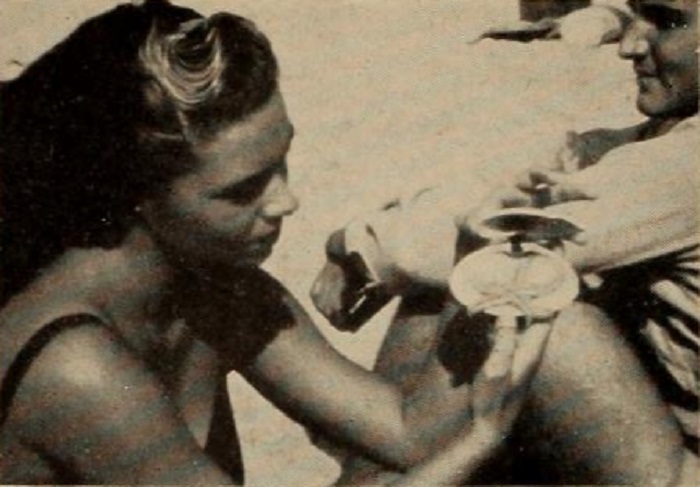 "By a facile blending of warm hearted humor and a keen perception of human interest values, George Mesaros has created a film study of a famous beach in New York's metropolitan area that is replete with interest, information and entertainment. His technical skill and knowledge of what makes a motion picture move prevent this from being the dull collection of random shots all too frequently characteristic of this genre subject. Employing himself as a frenzied and frustrated shutterbug and a filming friend as plain Joe Doakes at the beach with his wife, a lunch and box camera, Mr. Mesaros proceeds to examine with interest and obvious affection the thousand and one attractions of the Long Island resort. An excellent musical score and a brief commentary help to integrate the compact 700 feet of the film's lively length." Movie Makers, Dec. 1949, 454.

Discussed by Mesaros and Harley in "Surf, Sand and Sunshine" (Movie Makers, July 1950, 256-257, 268-269). The article offers tips for filming at the beach, and describes Jones Beach's production. Film stills are shown.