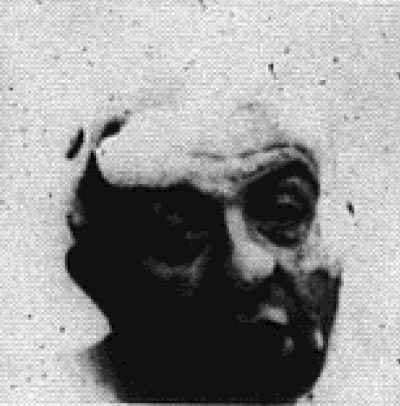 A still image of shaving cream on a Laverent's head pictured in the PSA Journal, Oct. 1963, 40.

"Everyone knows a woman's penchant for a bargain, and this time it is father's favorite shaving soap - in quantity. Storage is a problem, but to a good housewife this can soon be solved. The trouble is, she fails to tell father. Still sleepy after his vigorous morning "one-two-threes," he quickly and incautiously, opens the "storage chest." When several cans of pressurized soap go tumbling against the hard surfaces of the bathroom fixtures, disastrous, and hilarious, things can happen" PSA Journal, Oct. 1963, 40.

"A broad comedy in the Robert Benchley tradition, It sudses and sudses-- and sudses! depicts a surreal day in the life of a man (Sid Laverents) whose wife (Adelaide) stacks too many shaving cream canisters in the medicine cabinet. During his morning ablutions, the husband knocks the cans into the sink, toilet, and bathtub, creating a foam tsunami that fills the tiny bathroom, blowing him out the window." Via UCLA Film & Television Archive.