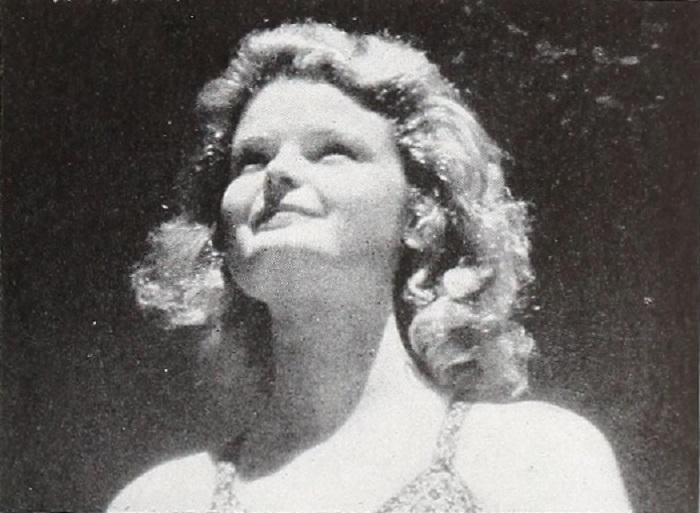 "To the production of Hail, British Columbia!, Leo J. Heffernan brought the filming talent and the fertile imagination that have marked his previous pictures. But, in this film, he has surpassed himself. He has produced a travelog, a scenic film or a record of British Columbia that covers all the diverse high lights of that province, but which still has unity. He has made a movie that is technically superior to the best theatrical travelogs, and certainly more entertaining. Mr. Heffernan has two great gifts — the capacity to improvise sequences during his travels and the ability to invent amusing and apparently natural episodes that fit the theme of his picture. This latter gift is a dual one, for it includes the ability to direct actors — people whom Mr. Heffernan meets here and there and persuades to "take a part" in his movie. The continuity of Hail, British Columbia! is ingenious and suavely followed. A girl gets off a Canadian train at a way station, where she finds a "Mountie." To him, she puts the problem, "What should I see in British Columbia?" The Mountie is somewhat taken aback, but he gradually recalls things to tell a tourist, and the picture unfolds his story. Heffernan like, there is a surprise twist at the end, which we shall not spoil by telling. Discussion of Hail, British Columbia! would be incomplete without at least a mention of the magnificent logging sequence, the clever camera work in presenting a story of a bicycle ride, the beautiful scenic shots and Canada's blondes! This picture has everything!" Movie Makers, Dec. 1941, 541.

National Film Board of Canada Collection, Library and Archives Canada

"This film is a travelogue of British Columbia and the surrounding area, highlighting its scenic beauty. The first intertitle describes this as a "saga of the Northwest County". The narration is carried through two characters, an interested traveller and a Mountie who is describing the scenery and what she will see on her trip. Intertitles are used when the two communicate to each other. The film shows Mount Robson, glaciers, Emerald Lake, Victoria, people biking and walking through gardens. The film then moves to Jasper National Park and Banff National Park and a trick shot, preceded by intertitle "air raid precaution", showing dome of provincial parliament buildings collapsing and a paddle wheeler; people play ping pong, swim and participate in other sports in Jasper. A boat travels to an area where lumberjacks cut down some of the largest trees. Other locations shown include Harrison Hot Springs and the Columbia ice fields. The trip ends in Banff where a tourist walks around near the Banff Springs Hotel, hikes on a mountain and looks down on the view of Lake Louise." Via Library and Archives Canada.