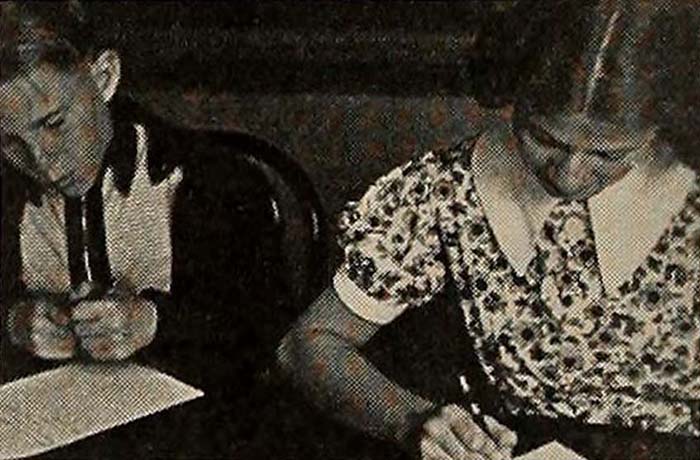 "First Film and When the Cat's Away, a double header entry, which takes honors jointly because of the strong relationship between the two, is the production of the Cinema Club of Lowell Junior High School, at Long Beach. Calif., and of the club's faculty adviser, Helen Rees Clifford. First Film, largely the work of Miss Clifford, summarizes the Junior High School group's experiences in producing When the Cat's Away, which is entirely the achievement of the youngsters. Together, the two films present a clear and concise picture of the initial production of a film by a junior high school movie club, from scenario writing and movie planning to the completed opus, ready for its premiere. So, in these two reels, one sees how the job of teaching movie making technique to youngsters, of ages from eleven to fourteen, can be handled efficiently and happily, and one learns how clear and coherent a little picture can be produced as a starter. Few high school photoplay clubs have begun so well and with so little lost motion. Very few high school first films are as clear and competent as When the Cat's Away." Movie Makers, Dec. 1938, 618.