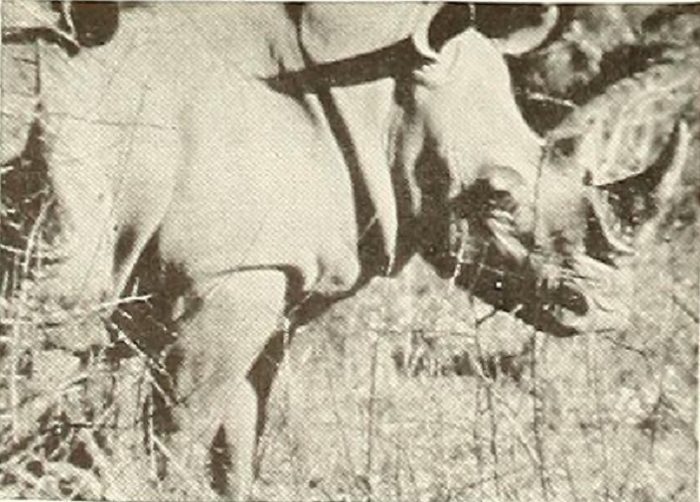 "In the tradition of Carl Akeley and the late Martin Johnson is the humorously titled but essentially serious film, Charlie, the Zulu Game Guard, by Esther and Vincent Vermooten. Stalking rhinos, both black and white, in the Hluhluwe Reserve of British South Africa, Dr. and Mrs. Vermooten, accompanied by the game guard Charlie, managed to capture on film a series of incomparable studies of the beasts in their native habitat. The circumstances must have been difficult, the pursuit undoubtedly dangerous, but Dr. Vermooten used a tripod throughout and succeeded, despite obvious trials of climate and heat, in getting perfect color rendition. This fact, added to the well planned continuity of the film, makes it an outstanding accomplishment of its kind." Movie Makers, Dec. 1940, 602.