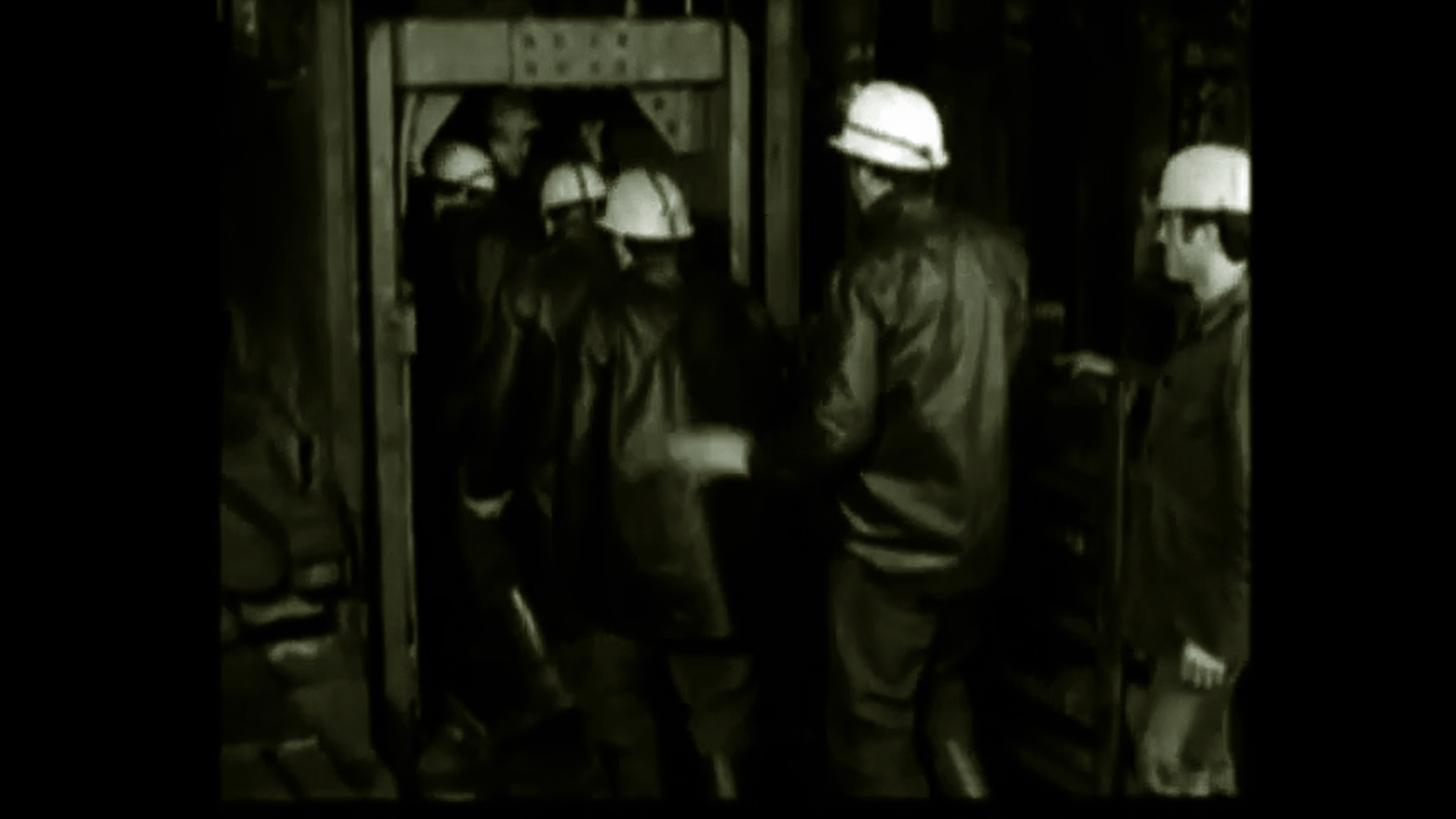 “The coal mine in Zonguldak, named Çatalağzı, was overflowed on September 26, 1969. The coal mine was the most productive one in the country at the time. Turkey's Directorate General of Coal Enterprises (the abbreviation “TKİ” stands for the Directorate) designed a project to put the water out [...].” Sinematek.tv: http://sinematek.tv/catalagzi-kuyusu-1975/ (20 November 2019).

A Turkish film actor, Erol Taş, features in the documentary, which is about the project of putting the water out in 1968.

While the focus of the documentary is the project, a story of three miners dramatizes the narrative; a voice-over narration with the nationalist subtext accompanies the dialogues, non-diegetic sound, and images.