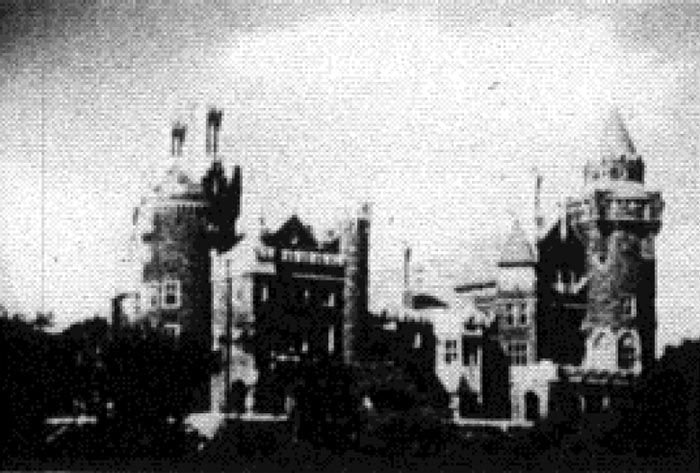 "Casa Loma (house on a hill) was built by Sir Henry Pellat in Toronto. The design includes many of the things he admired in the castles of Europe. Much of the interior was imported. In this magnificence, Sir Henry lived until he could no longer afford the mounting city taxes. Out filmer takes us through this old castle that we may relive some of its greatness. The picture was made for the Kiwanis Club which was so active in reclaiming Casa Loma for Toronto" PSA Journal, Oct. 1961, 47-48.

This film is held by Library and Archives Canada.