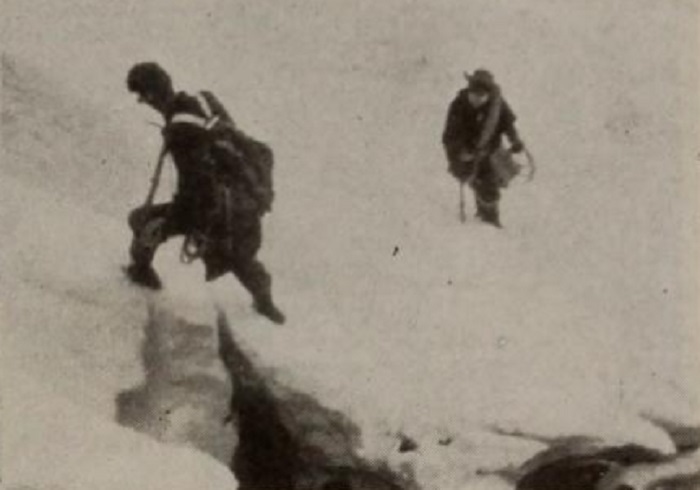 "With the recent scaling of Mt. Everest, it is appropriate that a mountain-climbing film should be entered — and should win — in this year's Ten Best contest. Jerry More's Canadian High Adventure is such a picture. Obviously, Mr. More is a competent climber himself, as well as being a good movie maker, for the film presents an amazing variety of camera angles which make one question where the cameraman must have been to take them. For example, some scenes show the climbers crossing a crevasse from underneath, leaving you with the single assumption that the cameraman climbed down into the crevasse to shoot them. Excellent photography, competent editing and a friendly, well-written narrative all combine to make Canadian High Adventure an outstanding mountain-climbing study." Movie Makers, Dec. 1953, 320, 332.