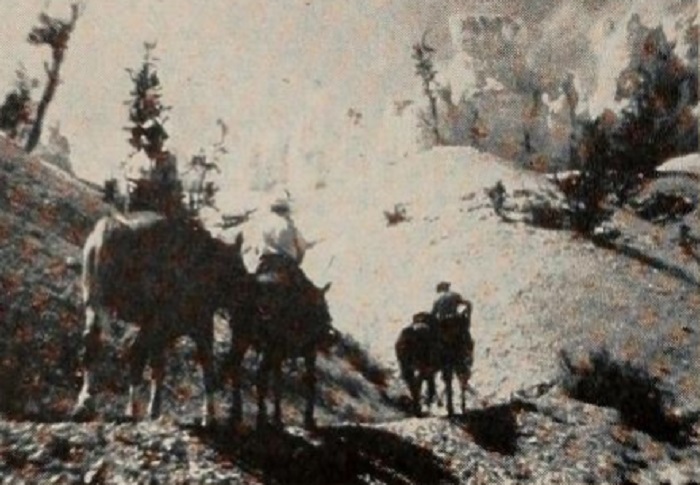 "In a land that abounds in colorful formations, Frank Gunnell's discerning camera has recorded in appealing detail the less usual, as well as the familiar, views of Bryce Canyon. This thorough coverage of a popular national park is enhanced by pleasant scenes of a pack trip, closeups of the darting antics of a chipmunk and a "running gag" of the hungry cameraman, whose equipment .cases carry edibles with film and filters. Bryce Canyon Trails provides the audience with a wholly entertaining tour of this famous and awesome natural wonder. Mr. Gunnell, as always, presents breath taking camera work in his integrated and admirable reproduction of a vast canvas." Movie Makers, Dec. 1947, 514.