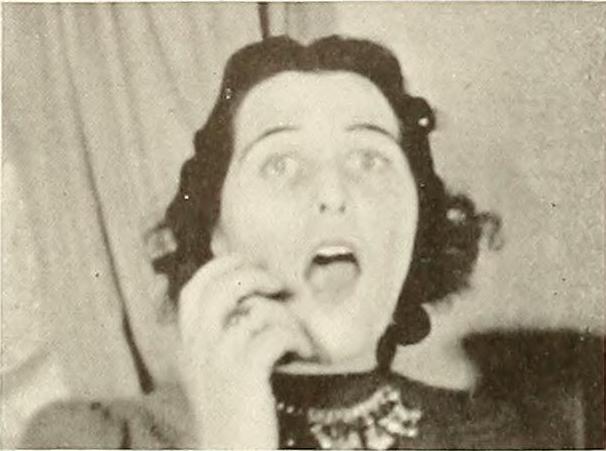 "When Ernest Kremer wanted to make a film which would include his family and, at the same time, be entertaining to outsiders, he devised An Anaesthetic Fantasy, an ingenious tale of the nightmare of a dental patient under laughing gas. The patient imagines that he returns home, and there things begin to happen that confound him and the audience, too. Clever trick work, dissolves and stop motion are used to create this section of the film. Mr. Kremer has proved that the 8mm. worker need not bow to his 16mm. brothers when it comes to producing cine illusions. The film was presented with a delightfully appropriate selection of musical records played on a dual turntable outfit." Movie Makers, Dec. 1940, 601-602.

With slightly different spelling, the film is also referenced as An Anesthetic Fantasy.