Film Record: Day with the Young Martins, A 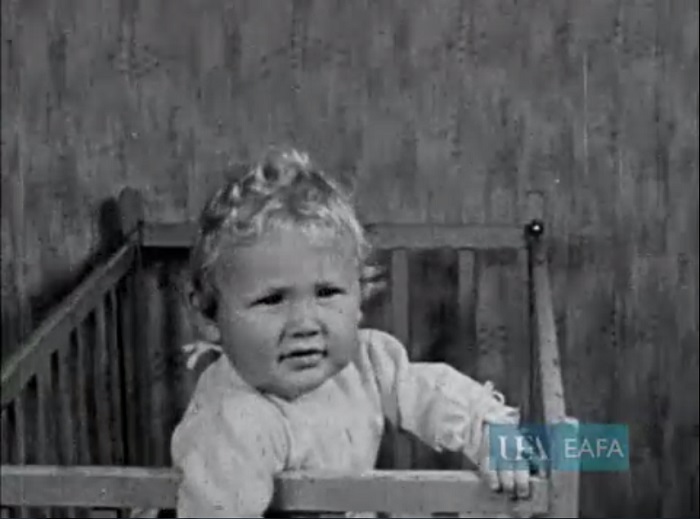 Still from A Day with the Young Martins via East Anglian Film Archive.

"To make a family film of youngsters that is entertaining to a stranger is quite an achievement, but to make a family picture that is, at the same time, an almost perfect record of the really human qualities of children and parents is a truly notable accomplishment. This is what John Martin has done in his picture, A Day with the Young Martins. His theme is the "from dawn to dusk" story of the Martin family, and he wisely has avoided emphasizing the clock or other obvious methods of holding the picture together. Instead, the story seems to tell itself, and the little episodes that must have been planned, or they could not have been caught with the aid of lighting equipment and camera, have a natural, sincere quality that is very welcome. The picture rates chiefly because of its delightful treatment, but technically it is entirely adequate." Movie Makers, Dec. 1936, 542.

EAFA's holding of this film is titled: A Day In The Life Of The Young Martins.