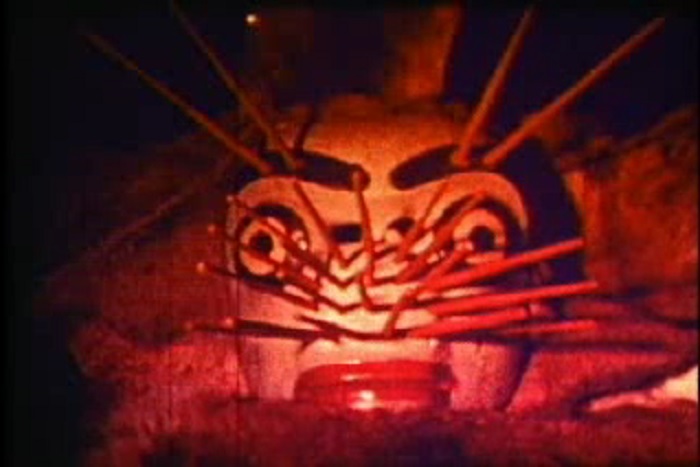 "Mungo Martin demonstrates the making of a Bee Mask. Tony Hunt models the mask and provides a short rendition of the Bee Mask Dance" (Duffy, 140).
This film is also known as Mungo Martin Makes a Mask.

The Royal BC Museum explains that

This Bee mask was made for the first hamaťsa ceremony of Mungo Martin’s son, David. In this prestigious ritual, young men become possessed by the cannibal spirit Baxwbakwalanuxwsiwe’. Through traditional teachings and ceremonies, they are tamed and brought back as responsible members of civilized society. The carving of this mask is documented in the film Mungo Makes a Mask (1953).