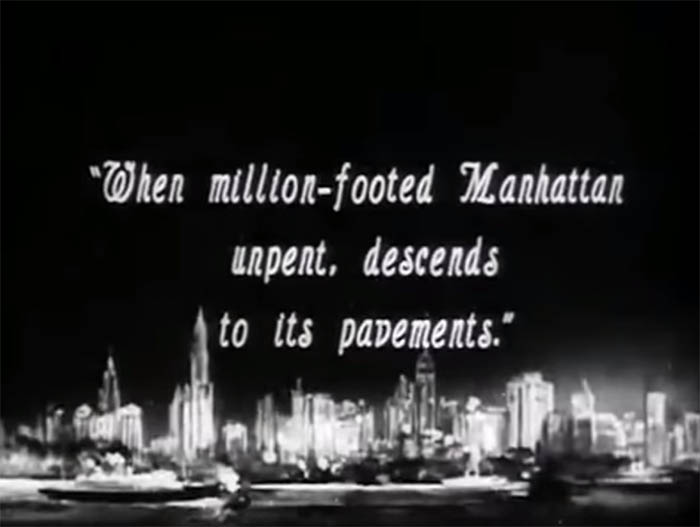 Included in the Unseen Cinema Project.

"In 1921, Sheeler and Strand collaborated to make Manhatta, considered to be the first American avant-garde film. Inspired by Walt Whitman's poem "Mannahatta," which is quoted in one of the intertitles, the film portrays life in New York City in sixty-five nonnarrative shots. The sequences display one epic day in Lower Manhattan, beginning with a ferry approaching the city in early morning and ending with a sunset view from a skyscraper. Shot from extreme camera angles, the film captures the dynamic qualities of the new metropolis" Museum of Modern Art (New York), Department of Film.

An article about the film was written in the New York Times entitled "Avant-Garde, 1920 Vintage, Is Back in Focus" by Dave Kehr, November 6, 2008.
Manhatta is available on a single DVD or on Disc 5 of the Unseen Cinema boxed set project 'Picturing a Metropolis: NYC Revealed'.
See Bruce Posner's examination of the film from the Unseen Cinema project