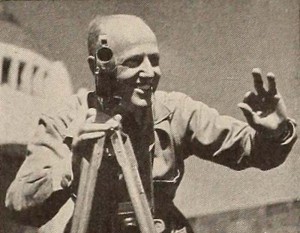 "Ralph had moved from Nebraska to Mexico in the 1940s, driving an old Chevy farm pickup, and had ended up at the far reaches of Lake Pátzcuaro in the Mexican village of Erongaricuaro, or Eronga for short. He charmed Mexico’s first female mayor and they shortly after married and had two children, Guillermo, who would go on to become a somewhat infamous singer of old Mexican ballads, and the daughter Monica, who, inspired by her father, went to art school in Arizona and became a multi-media artist, for a while dividing her time between Pátzcuaro and the USA." Escape from America Magazine.