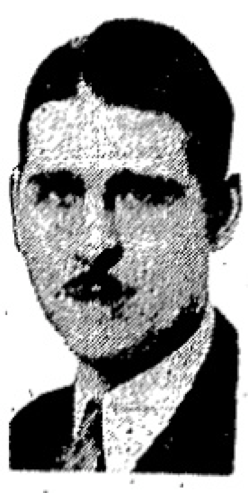 Technique and Principles of Spinal Anaesthesia with Nupercaine, The (1939)

From Toronto, ON, "Leslie P. Thatcher, also known as Les, was one of the founding members of The Toronto Amateur Movie Club in 1934. At the first meeting of the club, his 1933 film “Mighty Niagara,” winner at the International Contest of the American Society of Cinematographers, was shown. Some other films Les created included “Another day” 1932; “Toronto centennial 1934" 1934; [The Royal visit to Toronto of King George VI and Queen Elizabeth] 1939; "The kid" ca. 1939; "Away to the Gaspé" 1939; “Flight of the dragon" 1942; “The quality of mercy” [ca. 1940s]; “The all-star team" ca. 1954; and “The story of Ingram & Bell” ca. 1955. Some of this work was commissioned for the Royal Ontario Museum of Archaeology, the pharmaceutical firm of Ingram and Bell, the Salvation Army, and the Toronto Star. On the occasion of the 50th anniversary of The Toronto Movie Club (TMC), Les was the guest of honour. He said that he was pleasantly surprised to find the TMC still going strong after 50 years. 'Being a founding member he had never dreamed at that time that the Club would survive so long.' Josephine Black, current TFVC President, had recently joined the club at the time of the 50th anniversary, and she had the pleasure of sitting next to him. She was charmed by his pleasant and courtly manner. In ca. 1989, Les died. He willed his films and equipment to the club. Several months after his death, the club, now known as the Toronto Film and Video Club (TFVC), presented five of his films at a tribute to the 'very talented filmmaker whose work has preserved scenes of the past, and form a welcome and historically significant addition to [the] TFVC library'" Archives Quebec.

Charles Tepperman provides a write up of Thatcher for Orphans at MoMA: An Amateur Cinema League of Nations.