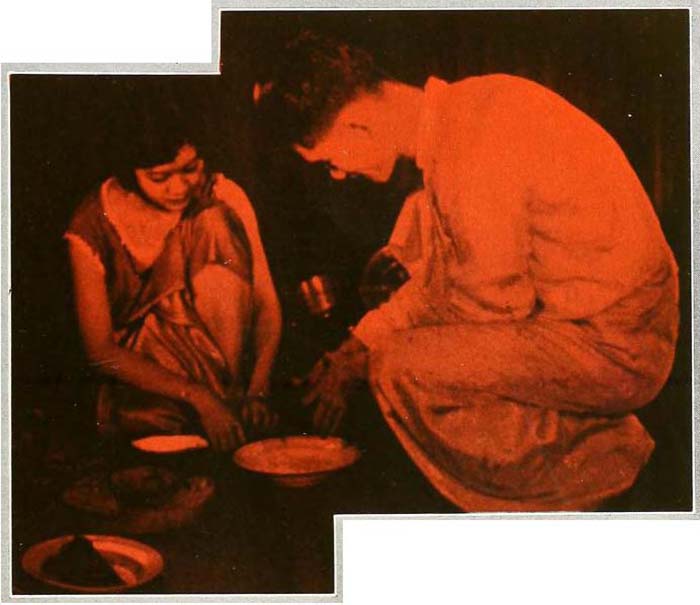 "The feature length photoplay produced in Siam by Nai Bernard Juangbhanich is one of the best of the serious dramatic efforts produced by amateurs. The story deals with the profligacy of a young Siamese who has been educated in Europe. Feeling superior to an ordinary business career, the young man determines to write, with the consequent search for "experience and atmosphere." In the succession of romantic episodes that follow, the theme of the tale is developed with extraordinary skill and, in spite of the manifest satire in several of the sequences, the picture includes many sincere glimpses into the social life and customs of the upper classes of Siam. Completely blinded and embittered as the result of his folly, the protagonist finally comes to terms with himself and actually does succeed as an author. Although this plot follows a familiar outline, Mr. Juangbhanich again proves that it is not the essential plot but the treatment that counts. The picture includes flaws both in photography and continuity but they appear unimportant in view of the general photographic quality and the epic nature of the treatment. It was recently screened for the staff of the Academy of Motion Picture Arts and Sciences." Movie Makers, Dec. 1930, 759, 787.

This film is not titled in the original Movie Makers Ten Best article. It is identified as Condasai by the Orphan Film Symposium.