Film Record: Under Your Own Power 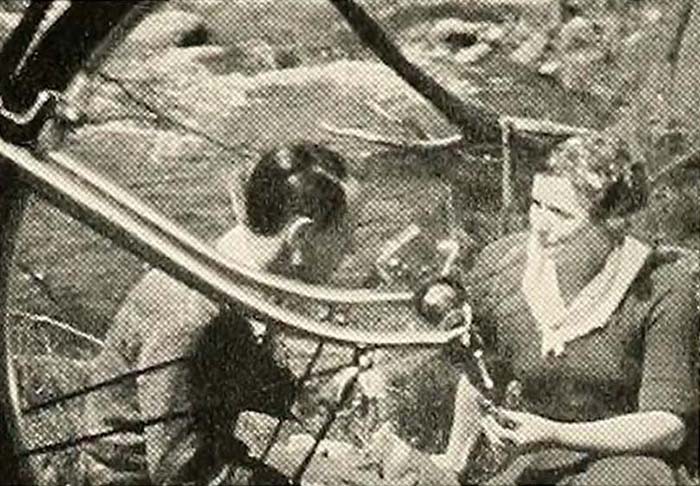 "The current and widespread revival of interest in cycling is the subject of Under Your Own Power, by Sidney Moritz. Carefully planned, attractively photographed in color and neatly edited, the production is a pleasing and happy record of bright days in the summer sun. Mr. Moritz has shrewdly remembered in his film the predominant human interest of this leisured sport, as well as the lovely scenic vistas to which it leads, and has embroidered both of these subjects with distinctive angles and some successful "effect" shots framed by cycle wheels. Amusing, effective and well worded titles in color round out this highly entertaining etude of modern wheeling." Movie Makers, Dec. 1937, 630.

"Sidney Moritz, ACL, found that his hardest job in filming Under Your Own Power was to stage a convincing spill, since all of his companions were such able cyclists." Movie Makers, Jan. 1938, 8.