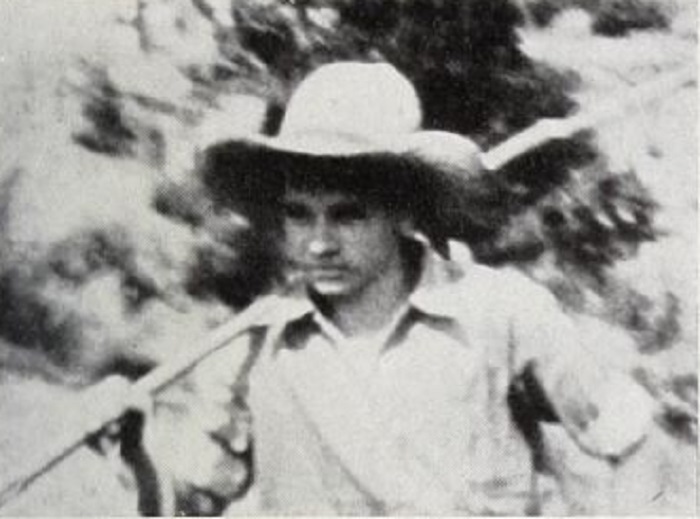 "The Utah Trail is what its producers call a "Cine Musical." In it, Al Morton and his wife have attempted to illustrate in movies a ballad which charmed them and to pay tribute pictorially to a region which they loved. They have been largely successful. The film's continuity is fluid and well integrated; the camera work is uniformly excellent and the double exposed color titles add greatly to the picture's feeling of competence and craftsmanship. Perhaps the Mortons' finest achievement in this production is the care and intelligence with which they have cut their footage to fit the ballad of their choice. The Utah Trail is a charming and colorful tribute to a well loved land." Movie Makers, Dec. 1942, 508.

This film is a part of the Alton Morton independent film collection, 1947-1968, held by the J. Willard Marriott Library, University of Utah (via Archives West).

Discussed by Morton in "On The Utah Trail" (Movie Makers, Aug. 1943, 299, 311-312). The article describes the production of the film, and the process of matching the film's silent footage with post-recorded sound.