Film Record: Salmon—River Of No Return, The 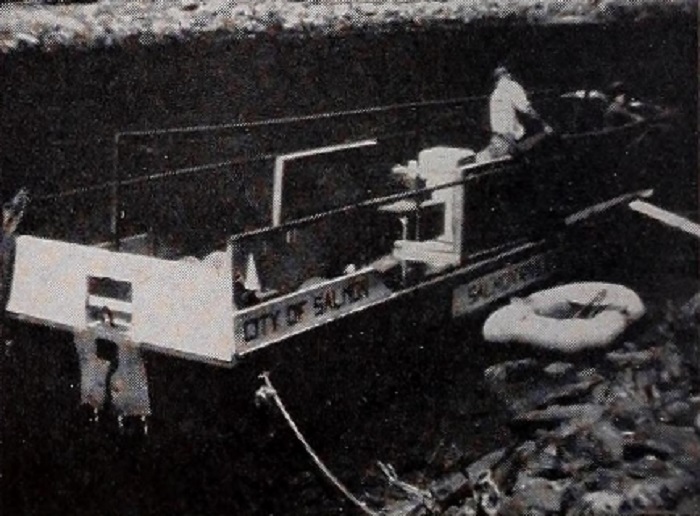 "Spanning the upper and narrower part of the State of Idaho from east to west, the Salmon River provides the original blueprint for one-way traffic. You either end up in western Idaho — or at the bottom of the river. Frank E. Gunnell ended up in Idaho. His coverage of this adventurous journey in The Salmon — River Of No Return is complete, carefully planned and splendidly competent. One becomes thoroughly familiar with the great, flat-bottomed barge, guided by giant sweeps fore and aft, in which the hazardous rapids of the Salmon are surmounted. One is charmed, even fascinated, by the deserted mining huts along the river and the few forlorn characters who still live amid this rocky wilderness. The Salmon — River Of No Return is a leisurely and well made record of a unique vacation adventure." Movie Makers, Dec. 1948, 492.

An incident that occurred after the film's production is discussed in "Closeups" (Movie Makers, Jan. 1949, 33). Also mentioned in The Post Register from Idaho Falls, December 19, 1948, 8.