Film Record: Eyes Of Science, The 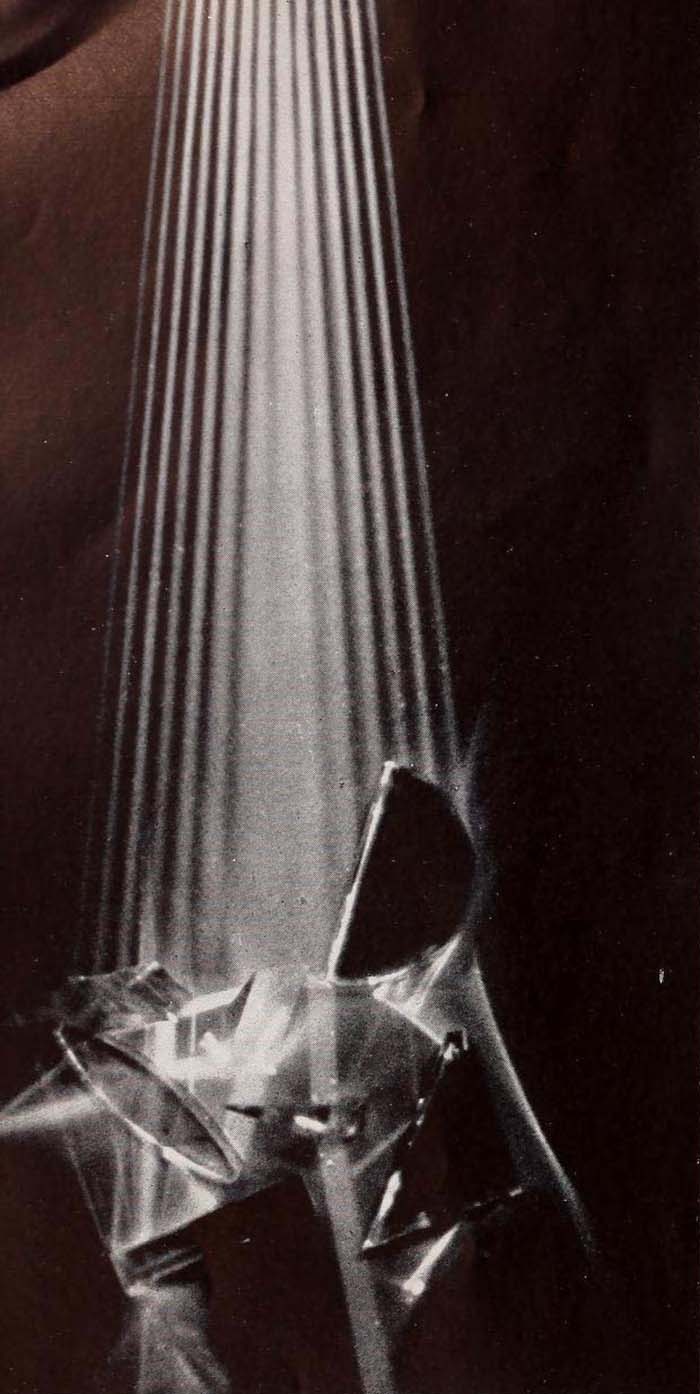 "The Eyes Of Science, 3000 ft., 35mm., planned and photographed by J. S. Watson, Jr. and Melville Webber, is exceptional for continuity treatment and photography alike. Conceived primarily as an industrial film of a very high order, the final result is a veritable tour de force in the technical accomplishment of film exposition. Telling the story of lens making and culminating in representation of the impressive and complicated optical machinery which plays an important part in modern art and industry, the smoothness of the continuity is plainly the result of careful calculation of the interest value of the whole as well as of every small part. Multiple exposures, lap dissolves, color and microcinematography, as well as a number of surprising photographic effects, give this film a technical interest much above the average. Of these, some of the exceptional examples are the photography of light rays passing through prisms and lenses; a recording of the phenomenon of Newton's Rings in color; a scene showing a subject, together with its image on the ground glass of a camera; strains in a structure revealed by polarized light and many other remarkable shots. In short, the combination of cinematic art and skill with which this film is composed places it well in the front rank of all existing industrials regardless of the source of their production." Movie Makers, Dec. 1931, 657.

"Made in collaboration with Melville Webber for Bausch & Lomb Optical Co. Included: glass making, grinding, and polishing lenses and prisms, manufacture and principles of operation of microscopes, telescopes, and other optical instruments" (Unseen Cinema, 114).

The Eyes of Science is explored as an example of "amateur industrial filmmaking" in Charles Tepperman's Amateur Cinema: The Rise of North American Moviemaking, 1923-1960, 222-227.

The film is discussed as an "Industrial" film in Louis M. Bailey's article "Educational Films" (Movie Makers, May 1931, 263).