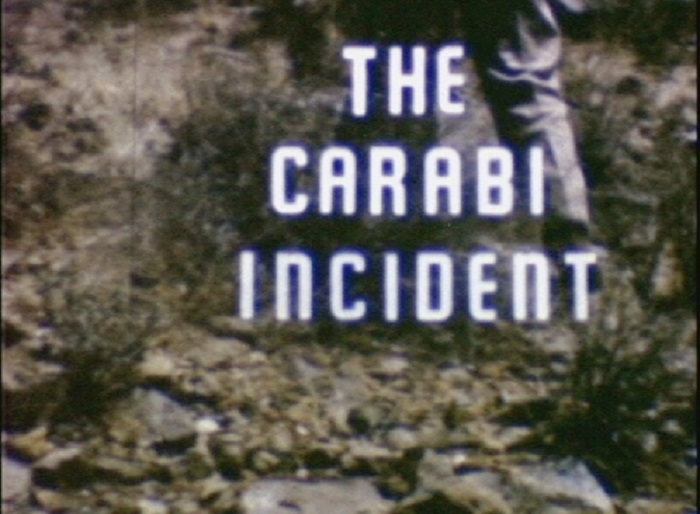 Still image from The Carabi Incident via the Briscoe Center for American History.

"Once again Harry W. Atwood has used the desert locales of the Southwest and his mastery of outdoor color filming to mount a dramatic and exciting action picture. Although The Carabi Incident is truly an incident rather than a full-fledged photoplay, it does manage to include an abandoned mine, a lost prospector, a worried young girl and her companion — and both a happy and a tragic ending! The production is enriched with Mr. Atwood's usually fine selection of camera angles and suspenseful editing. For these reviewers, however, an excess of dialog subtitles was a drag on the film's development." Movie Makers, Dec. 1952, 341.

Harry Atwood Film Collection, 1949-1995, The University of Texas at Austin