Film Record: Story of Linetta, The 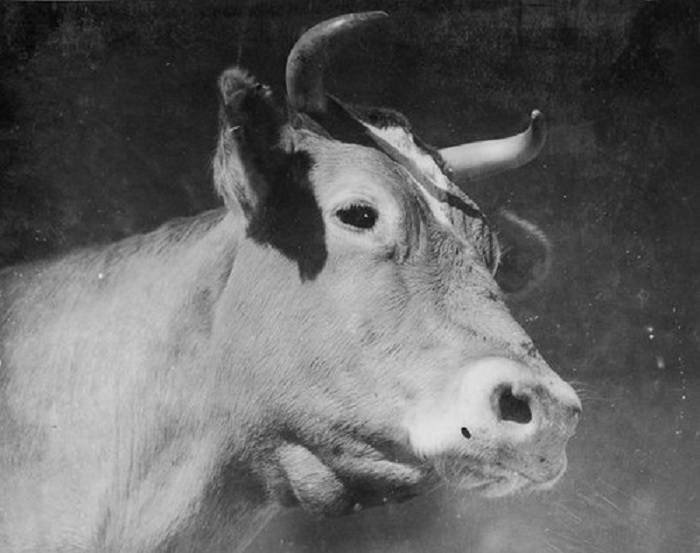 "In this feature length publicity picture, Mr. Judson has portrayed, with unfailing technical excellence and a genuine feeling for smooth cinematic design, the birth and growth to maturity of the famous Adohr Guernsey, Linetta, judged grand champion of her breed at the California State Fairs of 1935 and 1936. Save for the fact that practically all the scenes take place on Adohr farms and ranches, the film is devoid of advertising as it tells a simple and satisfying story, replete with human interest." Movie Makers, Jan. 1937, 24.

Discussed in "Practical films" (Movie Makers, Jan. 1937, 24), which notes that "more than 65,000 children and adults, from the first grade of school to American Legion meetings, already have seen the 1600 feet, 16mm. Kodachrome production, Story of Linetta, produced last year by Franklin Judson, ACL, for the Adohr Milk Farms, of Los Angeles, Calif."

The Adohr Farms Collection at California State University, Northridge's Oviatt Library holds film footage shot by Judson that relates to Adohr Farms, but not The Story of Linetta in its entirety.