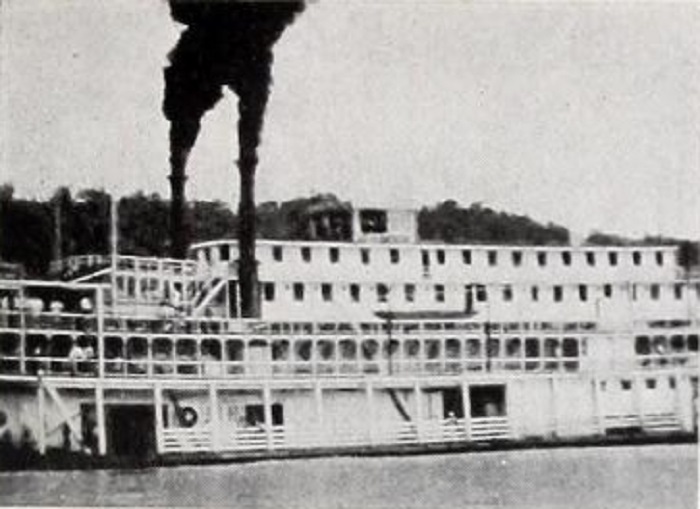 "The romance and color of a trip down the Ohio River on one of the Greene Lines few remaining flat bottomed passenger steamers are used to good advantage by Sidney Moritz in Sternwheeler Odyssey. The variety of the passing landscape, stops at wharves en route, with all the confusion of ropes, cargo and roustabouts, and general views of the stately river traffic plying the waterways gives this friendly little picture a touch of glamour. On board, the passengers and crew including "Ma" Greene, America's only woman river captain, present lively camera material. The churning paddle wheel, filmed from various angles, and the cascading waters that flatten into arcs of waves in the wake of the boat, become a motif that sustains the feeling of a ship in motion throughout the picture." Movie Makers, Dec. 1942, 508.