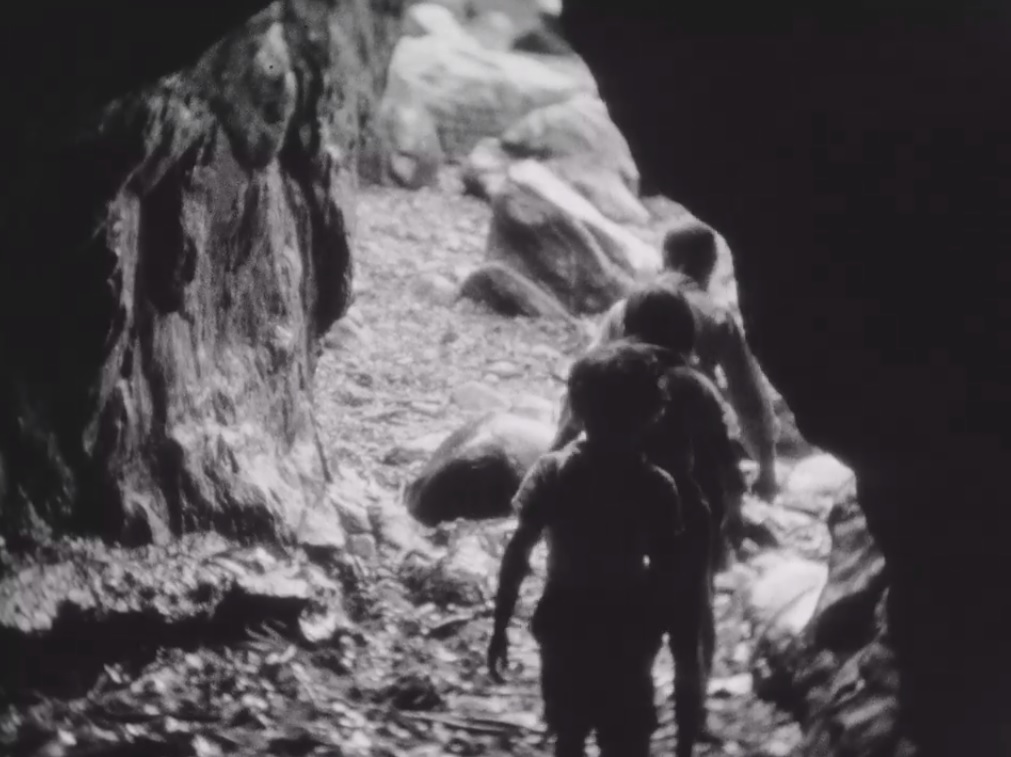 Image from Smugglers Cave via EAFA

"The film-maker's three children - John, Mary and Anne Arundel, in a story of seaside treasure-hunting, with the familiar plot devices of an old map, inn, sea cave and rising water threatening to cut off escape" (EAFA Database).

"Not content with the typical family holiday bucket and spade film, Herbert Arundel from Longsdon in Staffordshire recorded his three children in a tense drama during a pre-war holiday in Cornwall. Its youthful protagonists and smugglers' treasure plot pre-dates the Famous Five by a good few years and culminates in a splendidly tense finale. Will the Arundel children return from the adventure victorious or will the evil local put a stop to their ways?" (BFI Player)