Film Record: Seattle Here and There 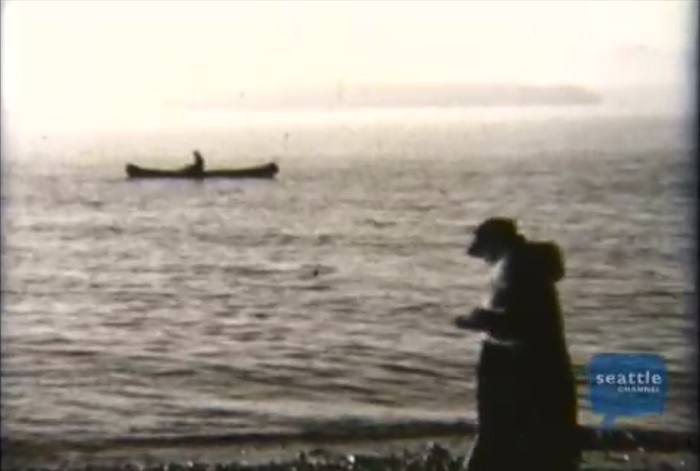 Still image from Seattle Here and There via Seattle Channel.

"This rare footage of Seattle and environs in the 1930s was shot by amateur filmmaker Iwao Matsushita. See downtown streets and sidewalks, Lincoln Park, Seward Park, Volunteer Park, a UW football game, rambunctious kitties and other surprises from more than 60 years ago." Seattle Channel.

The film was featured in the Seattle Channel's "History in Motion" series in 2007.

This film is a part of the Iwao Matsushita Films collection held by the University of Washington Libraries.

"Woman standing in a window, looking out at Puget Sound. Panorama of downtown Seattle, Puget Sound. Woman looks at camera, laughs. Man spinning a large globe. Smith Tower from the street. Man in a rowboat by a pier. Street scenes. Man and woman at the Lincoln Park beach. Iwao and Mrs. Matsushita in Seward Park. Young boys digging in weeks on the shore. Man feeding flocks and flocks of ducks, people watching. Goats and rams in a pen. A pier downtown. Iwao and another man petting a cat, woman in a fur collared coat on a terrace. Woman hanging clothes outside, chickens in the backyard. Street scene. Coliseum Theatre. Christmas decorations on the street. Christmas tree indoors, christmas cards on a mantle." Via the University of Washington Libraries.